Garnet the Gemstone to start the Year

Home Summit Diamonds Garnet the Gemstone to start the Year

Garnet the Gemstone to start the Year

The word “garnet” comes from “gernet” a 14th century Middle English word derived from the Latin word “granatus” which means grain. This is a possible reference to Punica granatum (“pomegranate”); a plant with its fruit having red seeds similar in shape, size, and color to some garnet crystals.

This beauty is most often seen in red, but exists in a wide variety of colors, with the Mandarin garnets considered the rarest and most expensive of all garnet gemstones.

Garnet was believed to have strong curative powers, and was used in powdered form as poultice to relieve fever. As an amulet, it was favored by travelers, as it was thought to protect and preserve health and honour, cure the wearer of all diseases, and guard them from all perils during the course of a journey. They were also used in ancient Asia and the South-western America as bullets because the stone was said to cause wounds more dangerous than those caused by bullets.

Using warm soapy water to clean this gem is recommended.

Aside the fact that it is the birthstone for January, it is symbolic to lasting friendship and also used to celebrate the 2nd anniversary of a marriage. Starting your year with this beauty in your collection is a best decision you can ever make, give Razi a call to make it a reality. 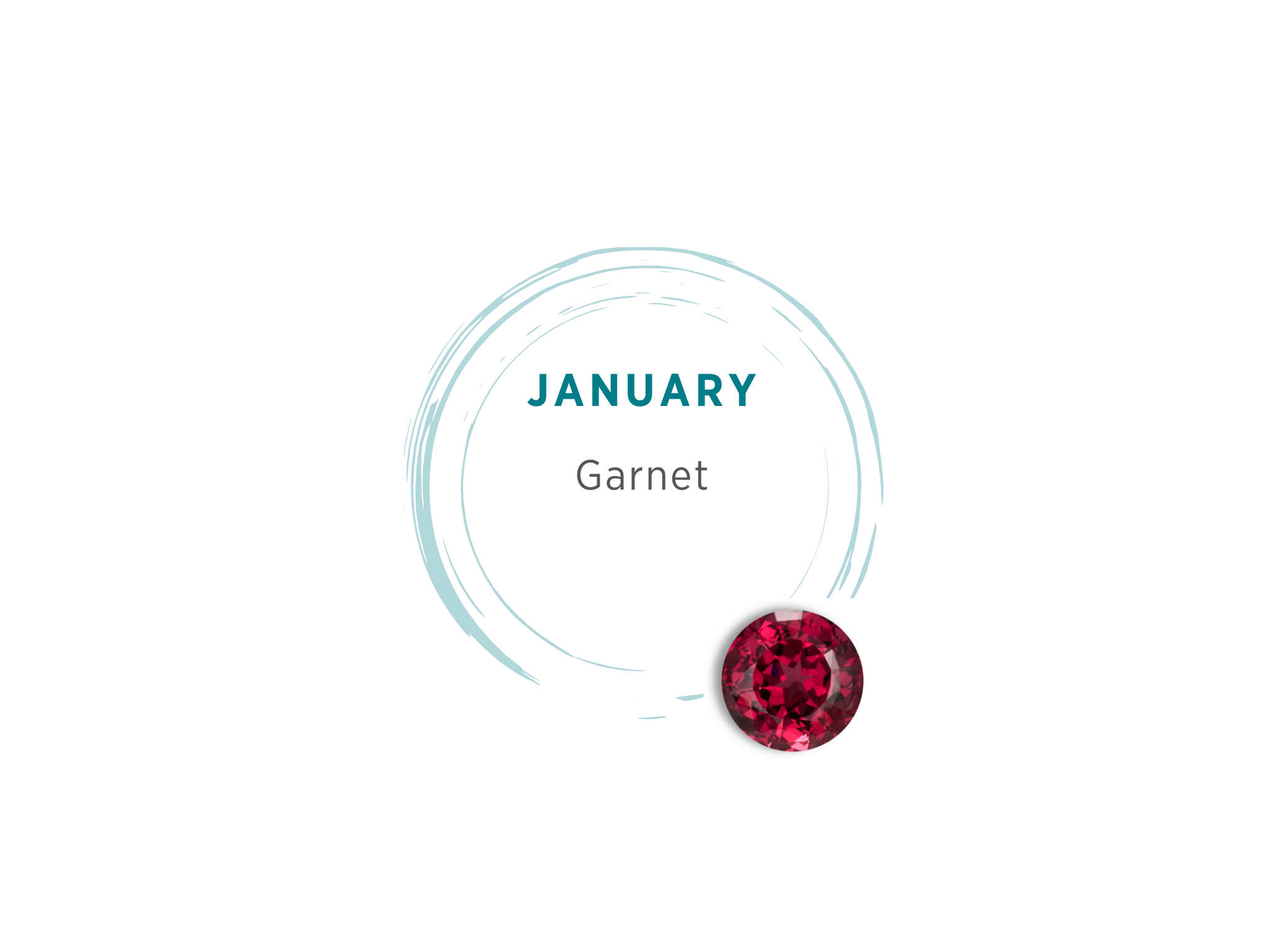